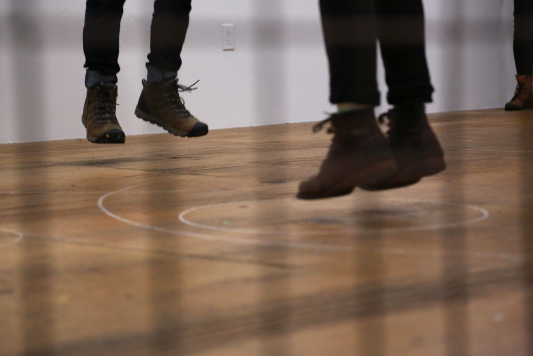 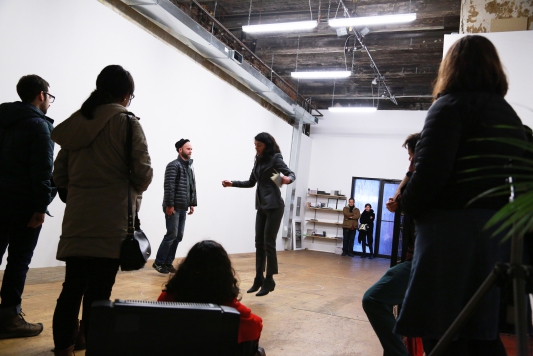 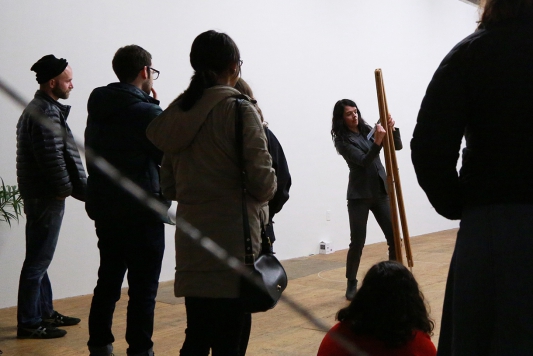 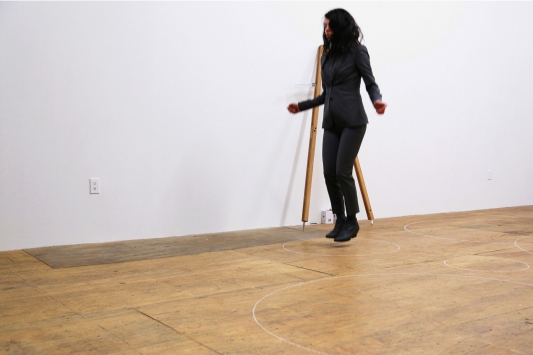 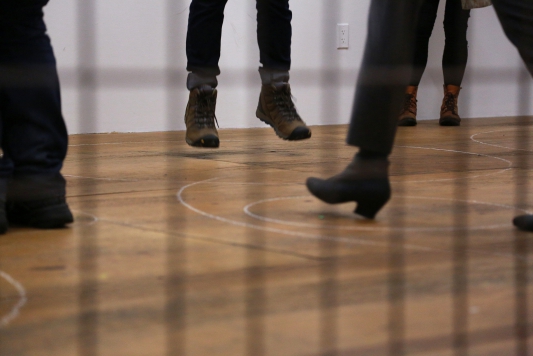 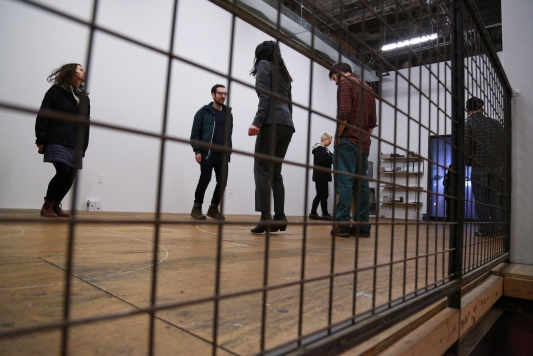 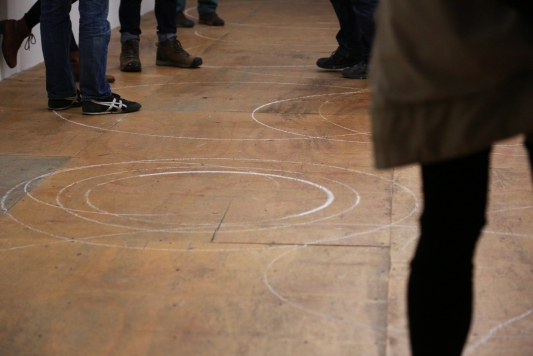 Participatory performance including a pair of oversized compasses and an audience.

Standing in my grey suit, I hold a pair of oversized compasses. I present a prologue to the audience detailing what I imagine it would be like if we draw and jump in different systems and speeds together. Then I ask if they are up for trying it out. At the same time; foreseen and unforseen choreography of movement patterns, rhythmic patterns and interaction between the participants occur. - like a dancefloor where you agree to certain movements and a dance floor that never stops. The participants decides when the performance should end. In Manhattan It lasted one hour.

''I made the compasses. I imagine that tonight we will fill up this space with circles and sound by doing two things; by continuously drawing circles and by jumping inside the circles at different speeds–a bit like I just showed you, but simultaneously, all at the same time.

One persom begins drawing circles  … one,  two, three…or more... and then they will pass the compass on to the next person who will continue drawing a few more circles–and then pass them on again.

When you draw with the compass, you can draw a bit away from the people who are jumping, so you don't crash''