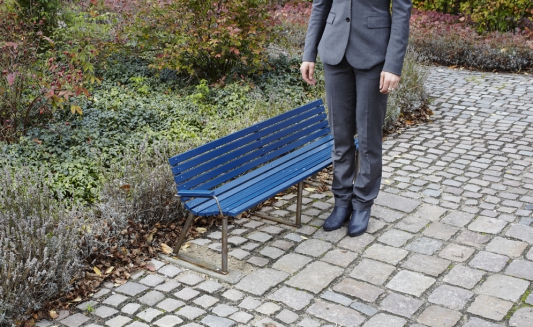 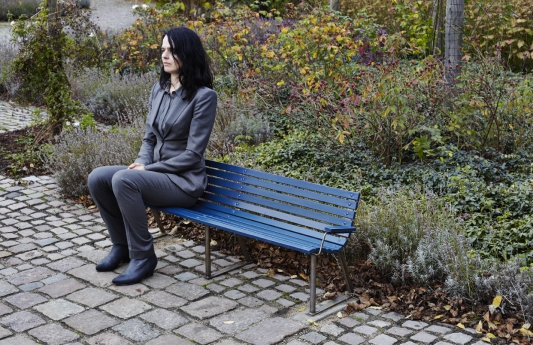 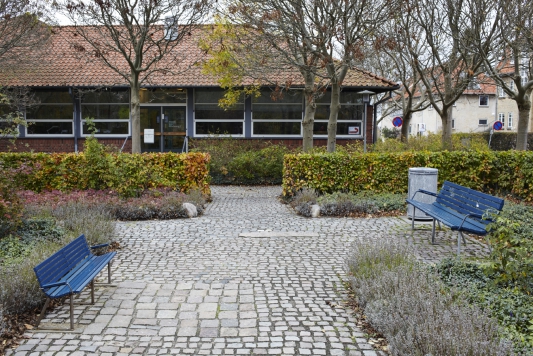 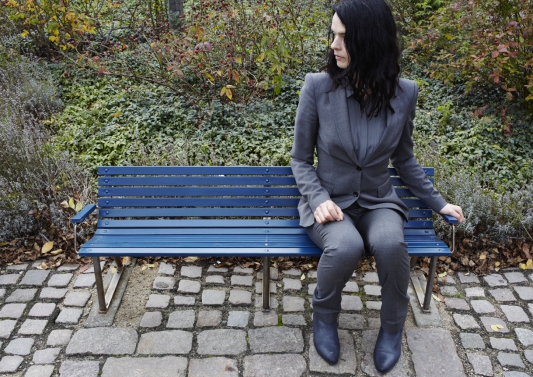 Reduced Space is now permanently on display in the Rose Garden near the library in Roskilde and can be used all year round.

''There are a number of benches in the library gardens, they are the blue benches that are situated everywhere in Roskilde and are quite characteristic to the town. It’s a rose garden, where one imagines everyone is quiet and people sit reading the newspaper or drinking a beer in peace. It's beautiful. In the centre stands the fine sculpture Effort Commun / Joint Effort by Sonja Ferlow Mancoba (1911-1984). When I was shown around Sanne Kofod Olsen, Curator of MOCA, ed. and the Library Director each explained that recently the very tall hedge around the garden had been cut down, both had very different viewpoints on the situation. Nearly half of the tall hedge had been cut down due to problems with drunks, who used the gardens as a place of residence. In fact it was quite drastic steps but certainly often applied these days. It's not a procedures that is commonly noticed but it might have just enough impact to change the frequenters of the place...''

'I began to think about what would happen if one reduced the rest of the municipal design, such as the benches, garbage cans, the sculpture, etc. but I only got as far as the bench. I made ​​a bench that was an exact copy of the original, only smaller. It’s called: 'Reduced Space' / 'Reduceret Plads' and is currently facing one of the other benches and invites small people or children to sit down. In this case the reduction expands the restrictions and beckons in new users...''
Exerpts from interview with Anne K. Iversen