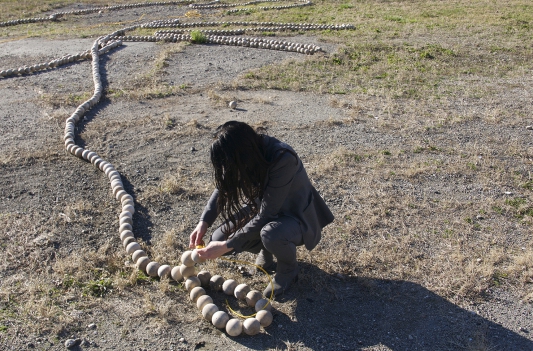 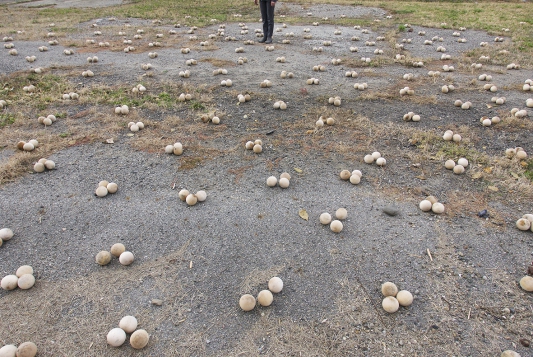 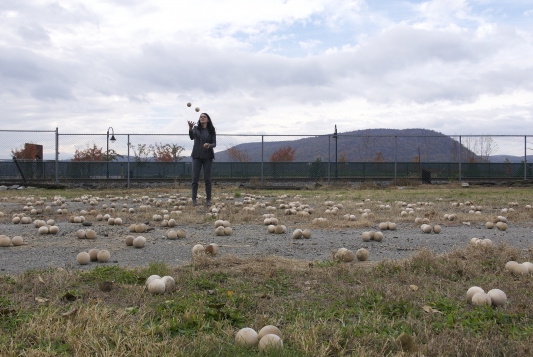 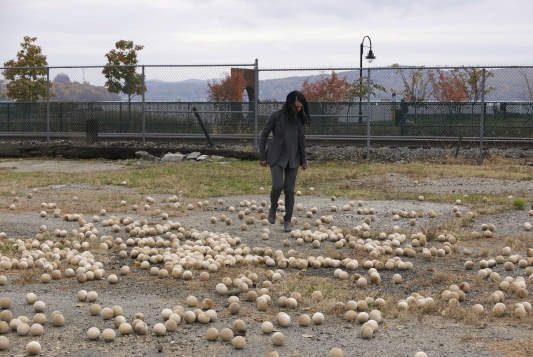 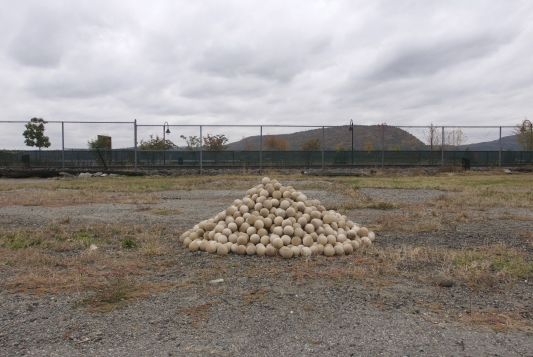 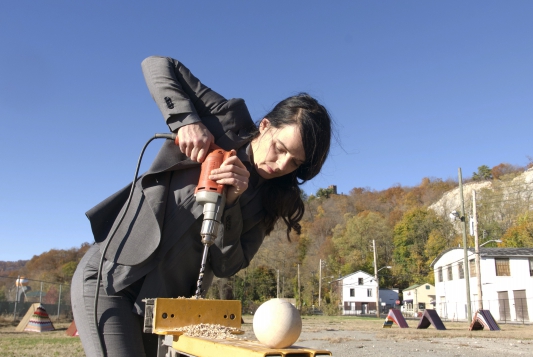 All four videos are exerpts of longer documentation pieces.

Molly Haslund’s piece, ‘1000 Wooden Balls’, is directly related to the urban history of an abandoned waterfront in Brooklyn, New York. Around year 2000, the former Brooklyn Eastern District Terminal (BEDT) was taken over and rebuilt by individuals and small groups of people who collaborated on outsider art projects, artistic experiments, graffiti, music, film screenings and other activities. Since then, BEDT has been developed through a process of gentrification and no longer exists.

In 2014, during a residency at ISCP International Studio and Curatorial Program, New York, Haslund came across ‘The Accidental Playground - Brooklyn Waterfront Narratives of the Undesigned and Unplanned’, by Daniel Campo. The book includes a history of BEDT and a description of an incident involving thousands of wooden balls:

'With the onset of warm weather, participatory or performance art could be experienced every weekend. One such installation consisted of thousands of softball-sized wooden balls that had been dumped onto a corner of the Slab. It provided an unlikely but powerful magnet for many who encountered them and wondered, where did these balls come from and who brought them here? Someone told me that an artist had fabricated them in a basement workshop. Someone else said they were just discarded production extras from a local factory. Did it matter whether someone created these balls for this art-play experience or merely disposed of them in a convenient place? Perhaps it was just an accidental gesture created by the act of illegal dumping. Whatever their origin, the balls delighted many people who found different ways to play with them. Some arranged the balls into interesting shapes and designs, while others walked on top of them, attempting not to slip or fall. The balls were composed of a stringy wood composite with a hollow core. I watched others derive great pleasure in exploiting the limitations of this design. They hurled them against a wall or the ground, fracturing them into many small pieces. The satisfying smashing sound created from the impact, as I was compelled to discover, added to the visceral joy of destruction. The balls were play objects throughout the summer of 2000 and persisted into the fall, though ever-diminishing numbers. Like other aspects of this, over time destructive or entropic forces gained the upper hand and eventually they were entirely gone from the Slab.'

A whole decade later for Peekskill Project 6, and as homage to BEDT, Haslund has recreated what took place at the waterfront in Brooklyn. On a different vacant piece of land, she has performed a series of activities around one thousand wooden balls, as she imagines they happened in BEDT in 2000.

During Haslund’s four performances, one to three hours long and open to the public, she has activated the balls through a series of physical tasks and repetitive actions. ‘1000 Wooden Balls’ was performed during the autumn and early winter of 2015 at 100 North Water Street, Peekskill, under the following headings: ‘Kicking a Pile’, 'Breaking by Juggling’, '1000 Holes', ‘Leaving A-B’

Haslund’s re-enactments within a contemporary urban environment bring an important sense of vitality to ‘1000 Wooden Balls’. Through the history of BEDT Haslund has created a piece where attitudes and initiatives towards urban space are challenged. Her performances reflect upon current events such as gentrification, migration, and displacement – all themes present at the very heart of the Peekskill community.